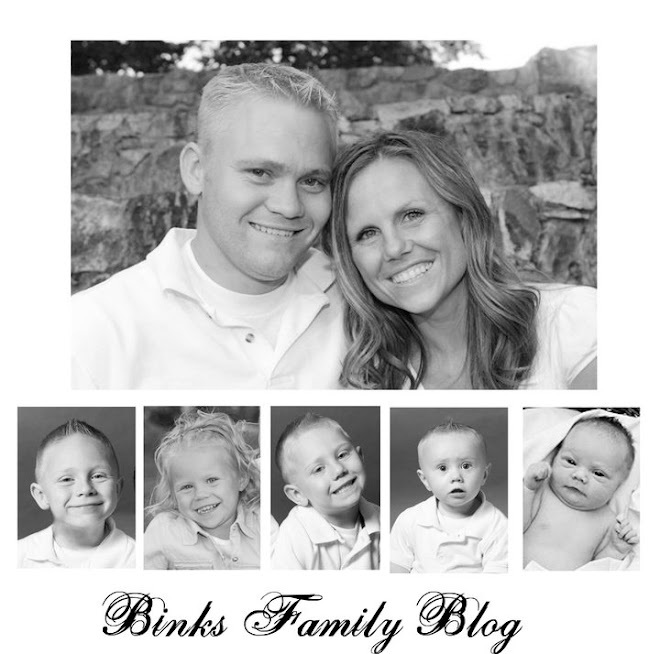 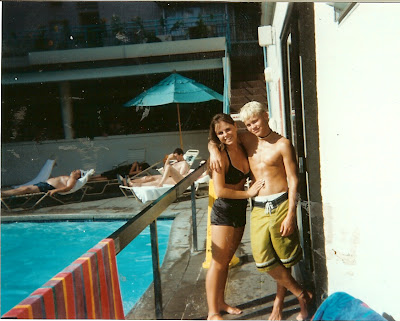 This is the "How Austin and I Met" story.  Many people have heard this before, some people haven't .  I wanted to write this down and record it for my kids... well and for me. :)  So, here we go-

1997 seems so incredibly long ago when you say it, but thinking back, it really doesn't seem that long ago.  I had just graduated from Weber High School (Austin from Skyline High School). Me and some girlfriends had decided that Hawaii would be "the perfect" senior trip, so that is where we planned- and saved up- to go. It is kind of funny looking back because at the time I felt so old, but when I look at an 18 year old now, they seem so young. :)  Anyway, ....

Without going into all the details leading up to this point, let me just start by saying it wasn't a mere coincidence me meeting Austin.  I truly believe that.   I had been dating a pretty great guy for quite a while and we had broken things off just a few days before I was leaving.   I really thought I was going to marry him and somehow make everything work out- (he was a non-member, which was a really hard situation for me because I wanted so badly to be married in the temple)  So, I went on this trip with absolutely NO intentions of meeting anyone, but just having a great time with the girls.  One thing I feel like I should mention, the night before I left was the first time in years I remember getting down on my knees and pleading with my Heavenly Father to help me find my way back to Him- and up to that point in my life I can honestly say I had never felt anything like that before-  It was an amazing experience that I will never forget.  At that moment I knew everything was going to work out and be ok..... but little did I know....I would meet my answer. :) 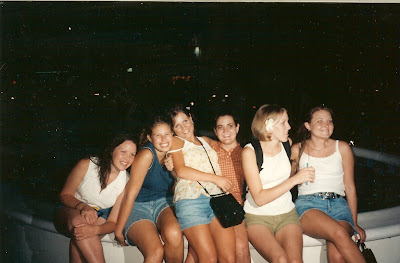 The next afternoon we arrived in Hawaii.  Several of my friends had an earlier flight so they got there quite a bit earlier then me and two other girlfriends.  I remember walking off the elevator onto the floor that we were staying being greeted by the other girls there and the first thing they said "Don't pay any attention to any of those guys down the hall- they are the biggest jerks!" I didn't think anything of it... I wasn't there for any of that.  Somehow throughout the time we were there we started hanging out with "the jerks down the hall"- when one of my friends "called" for Austin -again, I didn't think anything of it. :)

To tell you the truth, I am not exactly sure how it all happened or how it all worked out, other than I know I definitely noticed him.  But it wasn't just that I thought he looked really good- he was just so much different then anyone else I had met before.  Austin was an amazing example.  I am not quite sure how he convinced about 20 of us to all catch a bus and head to church on Sunday- be he did, and it was a great experience.  I remember watching him and the little things he would do made a huge impact on me.  Austin was a leader and he didn't care what anyone else thought about him and I loved that. 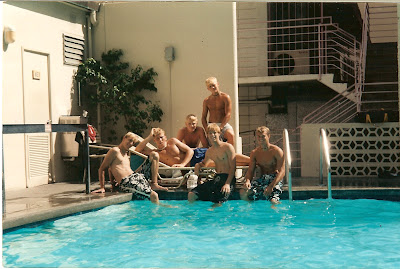 We ended up hanging out the rest of the time together (sorry Julie :) )  He was called a sell-out, and I know my friends weren't exactly thrilled that we were always together, but to make a long story very short- it all worked out, and I am SO grateful it did.  We came home from Hawaii and dated for a year before he left to serve a mission in Brazil.  I waited for him and when he came home we were married 2 months later.  Now, ten incredible years and 5 beautiful children later I couldn't possibly dream of anything better!
Posted by Kim Binks at 8:25 AM

Well, this is me. I am a proud mom of 5 beautiful children and I am incredibly blessed to have married truly the most amazing man! I am one of those few lucky women who get to stay home and be a mom. I LOVE my family with all my heart and I am grateful to my husband for making it possible for me to be home. I have an obsession with working out. It is my time, my release, my therapy. It helps me be a better wife,a better mother, a better person and I love it! I love family time...whether that means hanging out at home, swimming, boating, Lake Powell, BYU games, traveling...you name it- just being together with my family is my very favorite thing. I am grateful for my beliefs and for the values I have been taught. The past year has been incredibly hard and challenging for me, but I have gotten through so far, and I know I will keep getting through. I truly do love my life! I love everything about it. I honestly feel like the luckiest girl in the whole world!

What I love about Austin

What I love about Staley 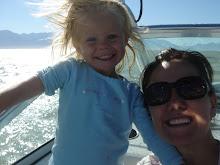 What I love about Kamberlie 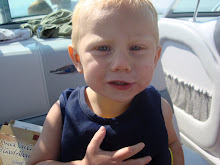 What I love about Stockton

What I love about Taysen